The Grass Is Dead 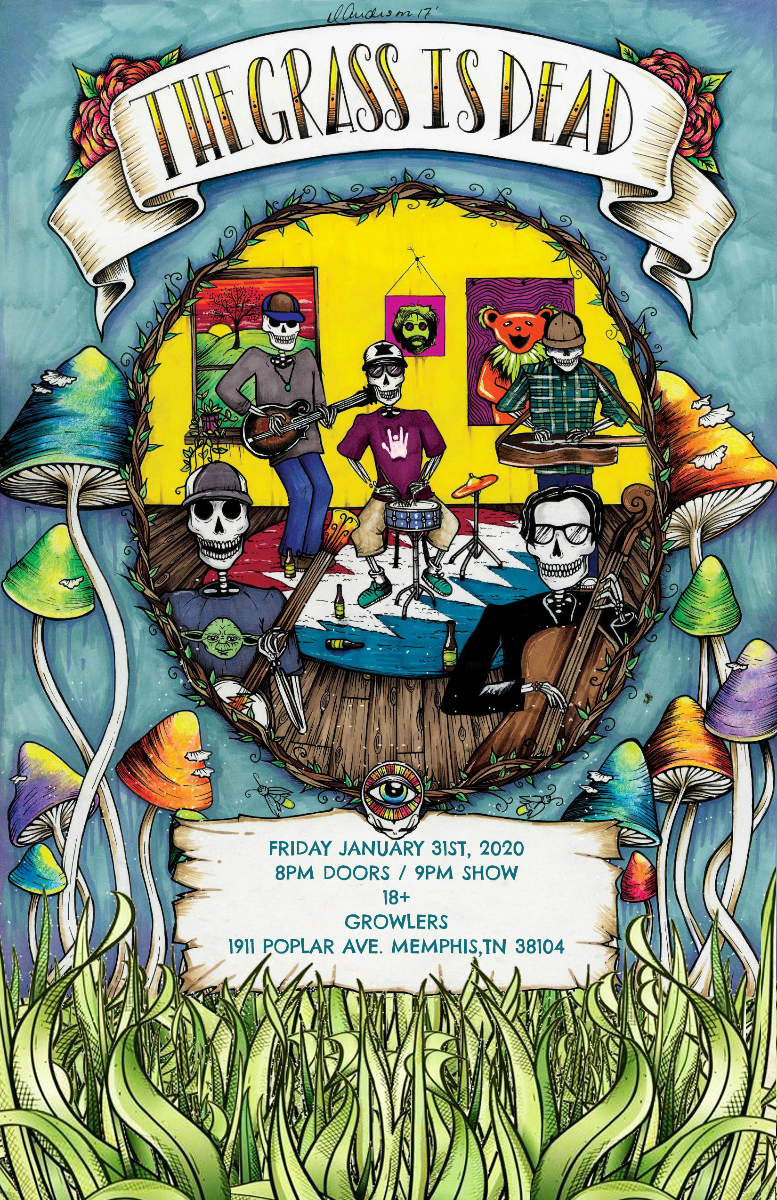 The Grass Is Dead are a force of nature in bluegrass and Grateful Dead music. More than merely paying tribute to the Dead, these hot pickers have been seamlessly weaving bluegrass, blues, rock and funk into a unique sonic experience. Pulling from such diverse influences as Bill Monroe, Earl Scruggs, John Hartford, Allman Brothers Band, Pink Floyd and so many others, The Grass Is Dead have created a sound that not only pays homage to roots music and the songs of the Dead and Jerry Garcia, but expertly travels through time and space to explore the galactic and psychedelic nature of music itself. After many years of regionalized gigging, the past three years has seen The Grass Is Dead aggressively touring nationally and sharing the stage with such great acts as David Grisman, Del McCoury, Greensky Bluegrass, Leftover Salmon, Billy Strings, Peter Rowan, Donna The Buffalo, Jon Stickley Trio, Town Mountain and many more. This past year alone they played a number of highly regarded festivals such as Suwannee Spring Reunion, DelFest, The Aiken Bluegrass Festival, Rooster Walk, Suwannee Roots Revival, Hickory Fest, Wormtown Music Festival and Leftover Salmon’s Blue Ridge Jam. Look for more big announcements in 2019!
Artists
The Grass Is Dead 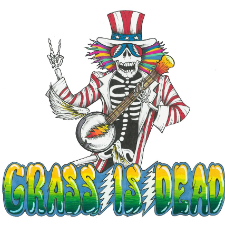 What’s in a name? Sometimes, everything… The Grass Is Dead are a bluegrass combo paying homage to the music and cultural legacy of The Grateful Dead, arguably America’s first folk rock band and one of the most influential musical artists of the last 50 years. The catalogue of the Dead’s music is a gold mine for string bands and story tellers, and The Grass Is Dead have established themselves far and wide as premiere purveyors of this rich tradition of Americana music. Pickin’ and grinnin’ is what they do best, and they have been adapting Grateful Dead songs in their own bluegrass style since 1998.

A festival favorite, The Grass Is Dead has built a loyal following from their home state of FL throughout the Eastern United States through burning live shows, and well beyond, through word of mouth, social media and old fashioned taper trees. The demand for Grateful Dead music is seemingly endless, and there are countless cover bands satisfying that demand on the local level, but there are not many artists out there approaching the music from the perspective of The Grass Is Dead. It is not complicated or artsy: this is a straight forward hootenanny built to last, and fans of either bluegrass music, The Grateful Dead, or both always leave happy, because sometimes there’s nothing left to do but smile, smile, smile…

"At the core of The Grateful Dead is the heart of American music, which is bluegrass and folk. You cannot hide behind these two genres. What you get in the studio is what you get onstage. And it's that vulnerability and honesty that sets the tone and attitude apart from the haphazard and polished nature of pop radio. Putting their music through the prism of string music, The Grass Is Dead showcases how Jerry & Co. buried innumerable gems of wisdom — sonically and spiritually — in the rich tapestry of their melodies and lyrics, all of which radiates in intimacy and inclusiveness of The Grass Is Dead when they stand in front of the microphone, and also the unknown night of curiosity and exploration that they seek out and grasp with such ease." 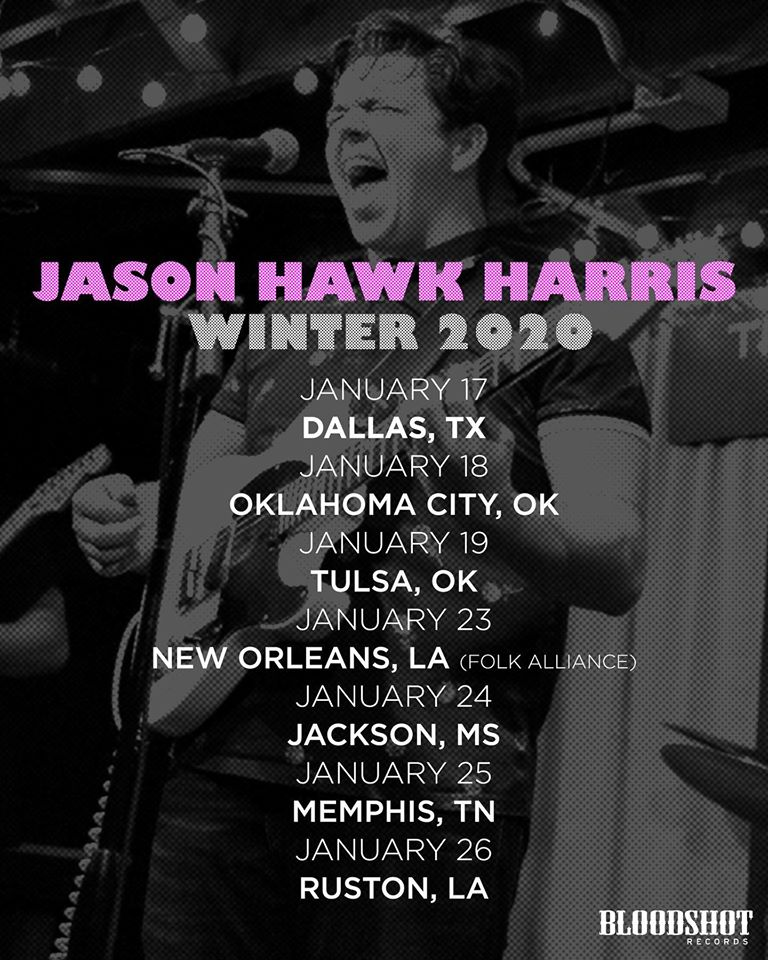 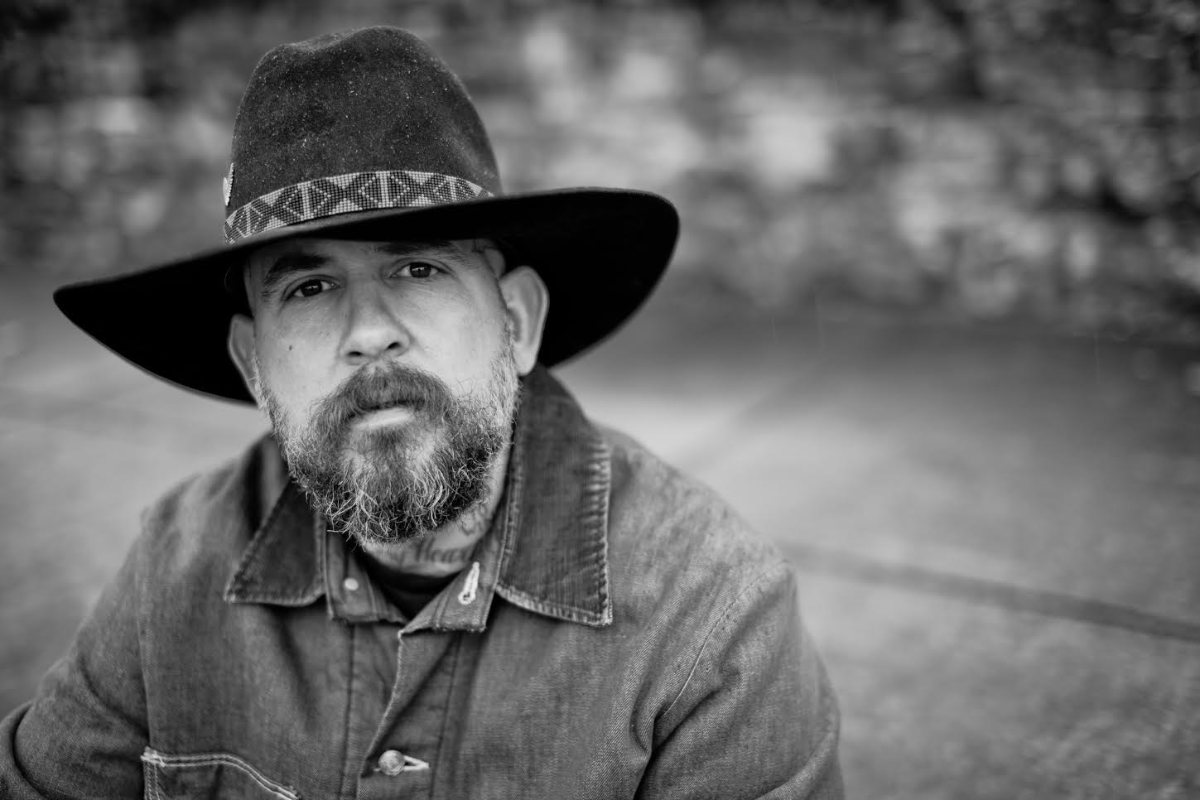 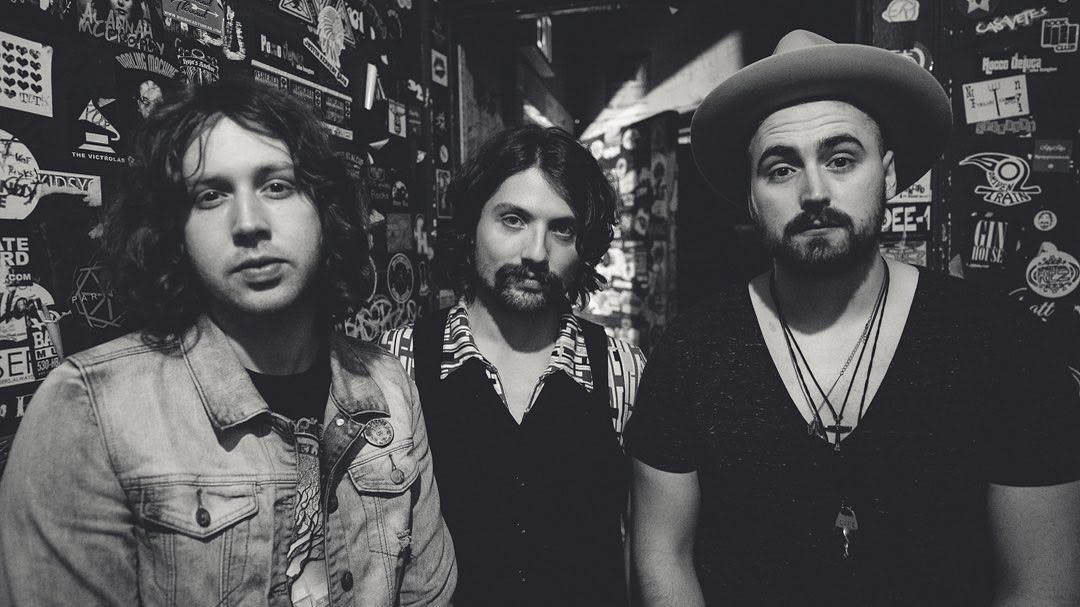 Truett with A.M. Whiskey, The Eastwoods and The Crook & The Copper
Buy Tickets More Info