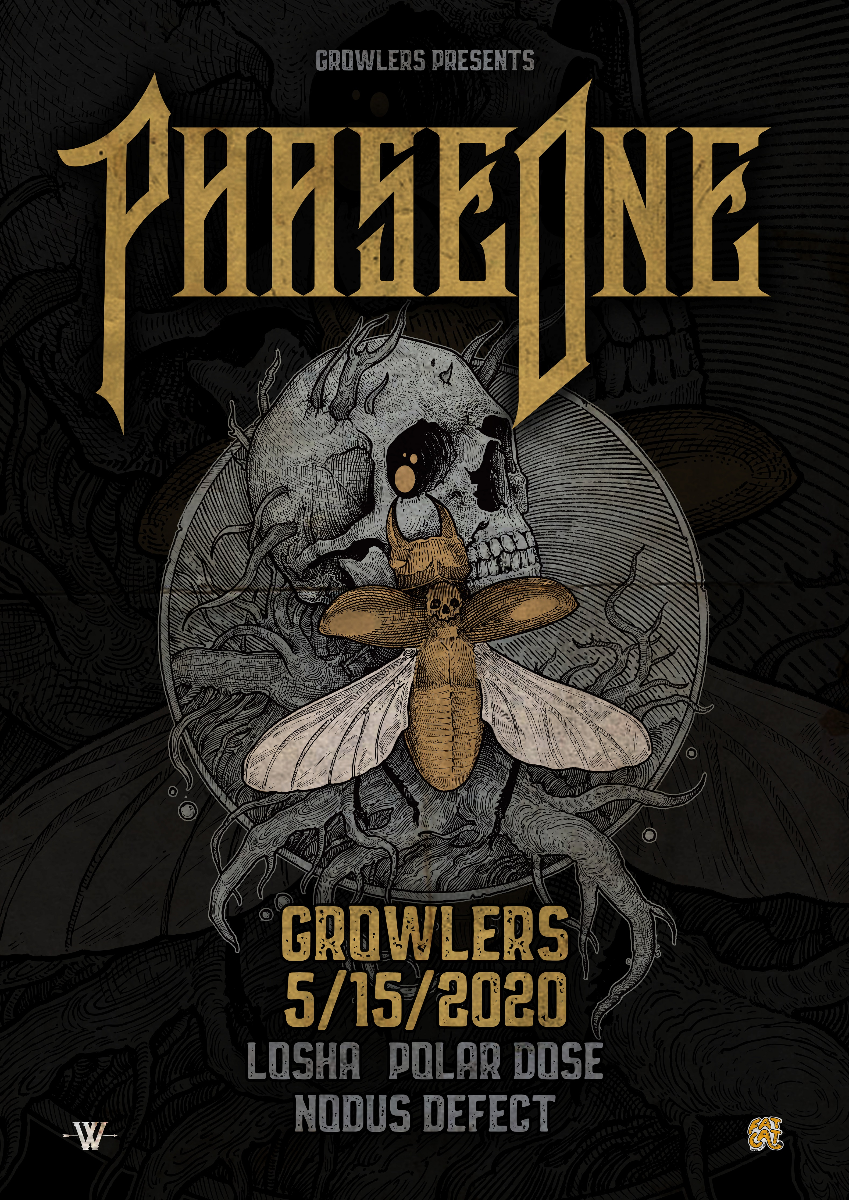 Additional Info
NEW DATE TBD 9PM Doors $15 ADV / $20 DOS 18+ PhaseOne Emerging onto the scene in 2013 with a unique take on bass music production, PhaseOne founded himself within the Dubstep community with a range of remixes and unique originals, forming his own distinctive style by mixing heavy metal elements with heavy-duty bass. After catching the attention of some of the largest dubstep labels created two EPs with the label Firepower Records, he then signed exclusively to Disciple records in January 2017 joining one of the most talked about labels in bass music, where he has since released another 3 acclaimed chart topping EPs as well as a slew of viral hit singles. 2019 saw PhaseOne release his debut full length album 'Transcendency' which reconnected him to his metal roots featuring Bands Northlane, Periphery & Thy Art Is Murder. 2020 is looking like his biggest year yet. He is set to hit the road as support on the entire upcoming Excision tour and also writing a follow release to Transcendency. 2018 sees PhaseOne set out on his most ambitious project to date, to write a full length album. The project will see him transcend multiple genres as well as reconnect with his metal roots. The album features exciting collaborations with some of the metal, punk and rock scenes most respected bands as well as an exciting list of talented up and coming ********* Website: http://PhaseOneAU.com Spotify: http://bit.ly/PhaseOneAU Soundcloud: http://soundcloud.com/PhaseOneAU Facebook: https://facebook.com/PhaseOneAU Twitter: https://twitter.com/PhaseOneAU Instagram: http://instagram.com/PhaseOneAU Snapchat: PhaseOneMusic
Artists
PhaseOne